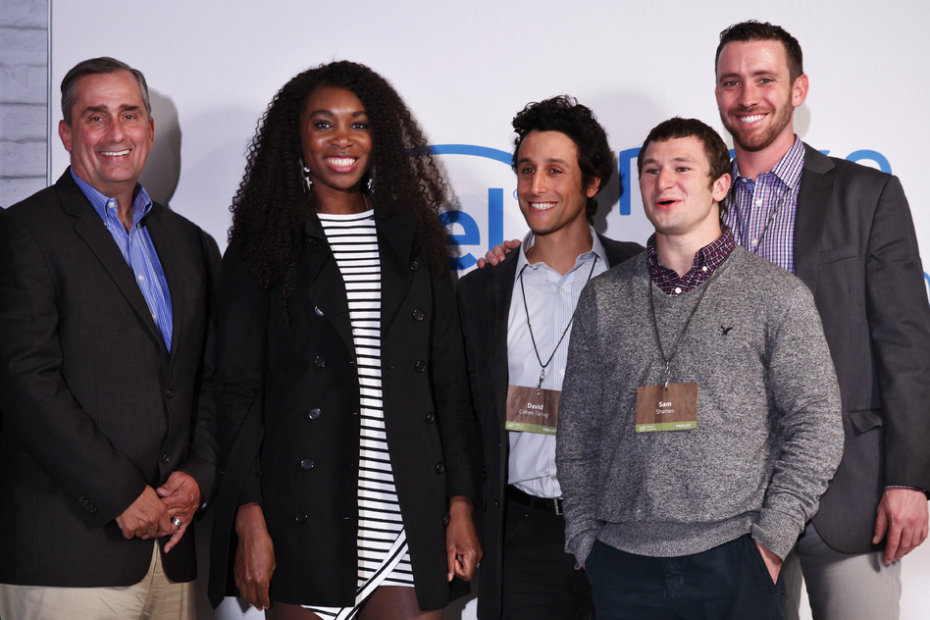 For the past 4 years, Sam Shames has transformed his position from CTO to the Chief Enthusiasm Officer at Embr Labs. In the fall of 2014, the IAG team worked with Sam and his co-founders from MIT during the Intel Make It Wearable Challenge. This challenge was based on IAG’s Enterprise Startup Engagement program. The goal was to create a global challenge for startups to create wearable technology by implementing the, then newly released, Intel Edison chip. IAG worked with the startups to teach them how to validate and pitch their businesses, while Intel worked with the engineers to develop a working prototype.

At the time, Embr Labs was called Wristify. However, their product remains the same concept, a stylish bracelet that actively heats or cools the wrist of the wearer, thus providing thermal relief and comfort in any situation. They created this idea while they were students at MIT as a way to save energy. Before applying for Intel Make It Wearable Challenge, the team won MIT’s MADMEC contest and gained viral press. This virality increased their awareness that personal temperature control was a “Must Have” for the consumer market. Shortly after completing the Intel Make It Wearable Challenge, Sam was identified on Forbes 30 Under 30 list.

Today, Embr labs has launched an extremely successful Kickstarter Campaign. With only a few days left, they have raised over $500,000 – that’s 5x their pledge amount ($100,000) – with only 2,500 backers. How did they do it? That was my question, too so I talked to Sam and here’s what he had to say.

When did you meet the IAG Team?

I met IAG through the Intel Make It Wearable Contest – Fall 2014. It was an interesting time for Embr Labs. We had just finished an MIT accelerator and were transitioning from academic structure to entrepreneurial independence. We knew we still had a lot of product development to do. Yet, going from MIT to the mentorship of UC Berkeley’s IAG brought in a new business perspective.

The best part of Intel Make It Wearable was having an international cohort. There were engineers and makers from all over the world. I learned a lot from the peer to peer feedback that IAG encourages. For example, the best advice came from people who had created a company before or were further along in the process. Our peers gave us different perspectives on our Business Model Canvas. Every time we presented our homework, we’d realize that everything was an assumption that needed to be validated.

How many interviews did you have until you knew what your product needed to be?

Customer interviews is a continuous process. We still do interviews to this day. We think you should always be learning how well your product is serving your customers and what you can do better.

During the program, we did at least 100 interviews. At the time, we were asking questions that were more “problem interviews” than “solution interviews.” For example, first we searched for a pain point, then used that validation to design early units. Then, we would simply cycle through that process – which is how we ended up with our product design today. Our Kickstarter backers also help us validate the price point in the market place.

When did you realize your product was a “must have”?

In fall of 2013 – a year before the Intel program – when we won MIT MADMEC contest. We had one MIT news story that went viral. From that media coverage people from across the world were emailing to asking, “When can I buy it?!” That’s when we realized that this isn’t just a student product – this could be a real business. We also realized we had two value propositions: increasing personal temperature comfort and saving money on energy. The former was a “Must Have” for the customers.

Why do you think your Kickstarter is so successful?

There are two ways to look at everything:

I believe the truth is somewhere in the middle. We worked very hard to make a good product and campaign. Our Head of Marketing did a great job with content and engaging with the community. On one hand we take the credit and on the other is luck in terms of timing. This idea has always seemed bigger than us. We are lucky that we are building something people want.

Embr Labs is doing well because people want this product. Those 2,500 backers are the reason we are successful.

What advice would you give to other IAG program participants?

You need to keep customers at the front of your mind the entire time. Make field trials or some type of analysis a priority. Also, make decisions based on what customers tell you. It’s going to be harder than you think it will be – even if you know that it will be hard. However, it is worth it and rewarding to have celebratory moments. Lastly, you need to be in it for the long haul by building the right community.

Thank you, Sam, for sharing your story! It’s not too late of you to pre-order your very own personal heating and cooling wearable. Simply, hop on over to their Kickstarter page.

If you are curious to learn how enterprises can engage with startups, take a look at our Enterprise Scaling Startup Program Syllabus. 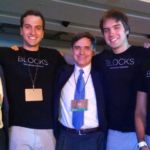 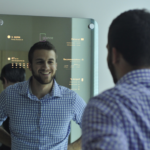 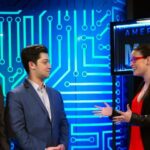 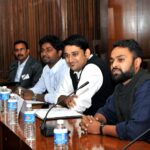